Speed and Agility Training in Roswell

Redline makes sport performance training convenient. No appointments are required and training sessions start every hour. Unlimited, monthly personalized training is available for every athlete, regardless of skill level. 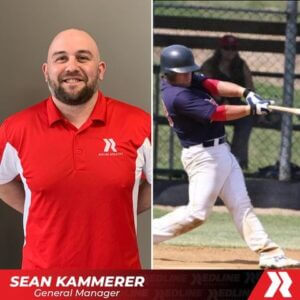 Sean is the General Manager and Director of Business Development at Redline Athletics – Roswell.

Sean has 13 years of collegiate coaching experience. He coached at Dakota Wesleyan University (South Dakota), Concordia College (New York), and St. Thomas Aquinas College (New York) where he successfully reached the Northeast regional tournament for the division II level. As a coach Sean has helped develop 17 All Conference players, 6 All Region players, and coached 4 players who went on to play professionally.

During his playing career, Sean competed at the division I level at Sacred Heart University (Connecticut) and was one of the top defensive catchers in the NEC leading the league in throw outs his sophomore year. Sean went on to play two seasons of professional baseball in Europe (Sweden) where he was one of the top offensive producers in the league and Australia.

Sean also owned his travel organization, the LINY Zephyrs, for 11 years where he successfully recruited over 50 players to their respective colleges and had two players compete on the professional level. Sean will oversee the facility operations and drive customer success end to end. 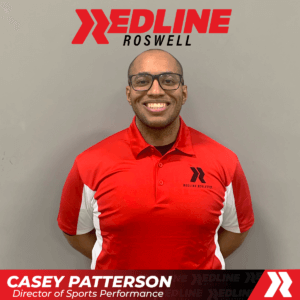 Casey is the Director of Sports Performance at Redline Athletics – Roswell.

Casey is from a small town in Caroline County, Virginia. He grew up playing football, making the Battlefield District’s All-District team as a left guard on the Caroline Cavaliers’ offensive line in 2008. His football team was the first since 1989 to earn a spot in the playoffs. Upon graduating high school Casey enlisted in the Army to serve his country, and earn money to help pay for school. He currently serves as a member of the Army National Guard as a 68W Combat Medic. Casey’s goal for school was to become a professional Strength and Conditioning Coach in order to serve athletes by facilitating their development and progression in sports and in life.

Casey has been an intern at Elkin Sport Performance and University of Richmond where he assisted in training all athletes, including collegiate, NBA, and NFL athletes. Upon completing his internships, he was accepted as a Graduate Assistant Athletic Performance Coach at Lindenwood University during his Master’s program. There he assisted with the development of football, soccer, and golf athletes. He also led the DII Men’s Ice Hockey team to two back-to-back championship victories in the Central States Collegiate Hockey League as the team’s Head of Strength and Conditioning. Prior to joining Redline Athletics Casey was hired by the NHL, St. Louis Blues as an Assistant Strength and Conditioning Coach. While with the Blues, the team maintained its #1 rank in the Western Conference of the NHL, earning another spot in the Stanley Cup Playoff Tournament during the height of the COVID19 pandemic, just following their Stanley Cup Championship victory the previous season.

Abdul began playing basketball growing up in Queens, Ny and was trained by the legendary coach Vincent Smith older brother of TNT analysts and NBA Champ Kenny Smith. He was then fortunate to obtain a full scholarship to a prestigious prep school called Berkshire School in Sheffield, MA. He excelled obtaining varsity letters in 3 sports Cross Country, Track and Field and Men’s Basketball. He was named first team all New England leading the mens’s basketball to a New England Championship his senior year. Not heavily recruited and having very little division one offers Abdul attended his freshman year at St. Peter’s College in Jersey City and after a successful freshman campaign decided to transfer to the University of Rhode Island. He was named 2nd Team All Atlantic Ten conference leading the running rams in scoring his junior and senior year making appearances in the NIT and NCAA tournament. Voted by Dick Vitale as the nations top 15 small forwards in the country. Was invited to NBA pre drafts camps Portsmouth Invitational and Chicago Combine Camp. Drafted in the 2nd round in the CBA pick number 40 by the Pittsburgh Piranhas.

Personal Statement:
“A prime example of how hard work and a unbelievable work ethic can translate into success on and off the court.” 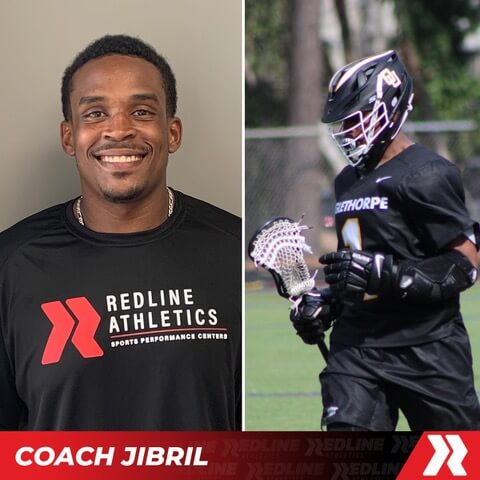 Jibril is a proud graduate of Martin Luther King Jr. High School in Lithonia, Georgia where he was a four-letter athlete and graduated in the top 20% of his class. Jibril secured a lacrosse scholarship and played both lacrosse and football as a two-sport athlete as a freshman at Missouri Baptist University. Wanting to get back home to his family, Jibril decided to transfer to Oglethorpe University where he finished his three remaining years as a starter while also being selected team captain two out of the three years at the university. He finished his career with 67 ground balls and a shot on goal percentage of 50%. As a Defensive midfielder, Jibril was able to acquire 14 career points. Because of his leadership and dedication to the game Jibril was able to receive the Sportsmanship Award in 2017 and also received the honor of being an Academic All-American in 2019. Jibril now attends Kennesaw University where he is obtaining his Masters in Applied Health and Exercise Science. 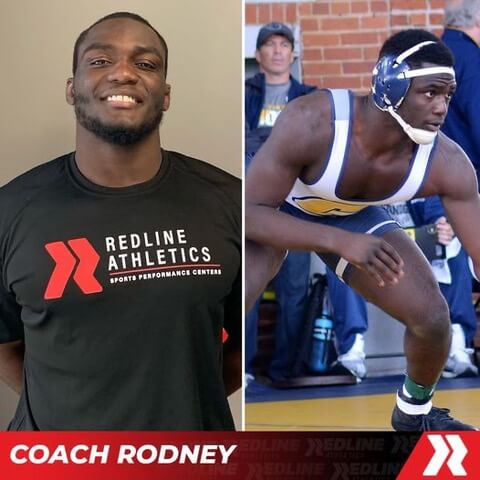 Rodney is from Duluth, GA. He attended Duluth High School, was an all-state, county, region wrestler/football player. 2-time state placer for wrestling in Georgia Wrestling, 2x Gwinnett County Champion, Duluth’s first state finalist in 2015, earned the 2nd most wins ever in Gwinnett County History, 2nd most points scored in a career in Gwinnett county history. Rodney received a scholarship to wrestle at the University of Tennessee at Chattanooga. He ended his career at UTC as a 2x NCAA Qualifier, was ranked 17th in the country at the 197lbs weight class in the 2019-2020 season. Was an all-conference preseason selection, and an all conference team selection at the end of the year 2020. Rodney earned his Bachelor of Science in Business Administration from UTC and is a NASM Certified Performance Enhancement Specialist.