Ask around and you’ll find that the best place for youth sport performance training is just outside your door. RedLine Athletics Springfield is your NOVA / West Springfield VA youth athletic training center. Now that you know, you can start enjoying the benefits of professional, affordable and convenient sport-specific Training that lasts all year long. 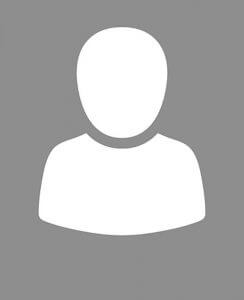 Chineze Nwagbo played professional basketball for 11 years. She has played in various countries such as Spain, Chile, Brazil, Poland, Portugal, Israel, where she earned 4 MVP Titles, and appeared in the World Championship Games in 2006, representing her parent’s native country Nigeria. Most recently, Chinny has ventured to new horizons working for the NBA, in China, developing grassroots implementation of NBA based basketball curriculum in various areas of Jr. NBA programs. She is a former Syracuse University student-athlete, who earned her Business of Science degree in Biology. Chinny started her basketball career at Duval Senior High School in Lanham, Maryland where she is recognized as a 4 year. varsity letter recipient, and two-time team captain. Her honors include: 2 back-to-back State Championship Titles, All-American Honorable Mention, All County First Team, amongst a myriad of other accomplishments. In her spare time, she frequents New Channel 8’s Sports talk show as a guest sports analyst. As a coach and trainer, Chineze has instructed a spectrum of phenomenal athletes ranging from beginner athletes to high level professional athletes. Her specialty is sports specific to Basketball but not limited to only basketball, with a capacity to train all sports!

Chris Warren is best known for his 11 years in the NFL. Chris was selected in the fourth round of the NFL draft by the Seattle Seahawks and served many years as a running back. Gifted with blazing breakaway speed, he went on to have a tremendous NFL career for the Seahawks, Cowboys, and Eagles. Chris played with the Seahawks from 1990-1997, Dallas Cowboys 1998-2000, and the Philadelphia Eagles in 2000. By the end of his stint in Seattle (1997), he was (at the time) the Seahawks’ career rushing leader, recording 6,706 total rushing yards for the franchise. For his accomplishments, Chris was also named to the Pro-Bowl three times during his career. He now coaches high school football in Alexandria, Virginia. Chris’ legacy dates back to high school where he began his career as a high school standout at Robinson Secondary School in Burke Virginia. He played collegiately for both the Division I University of Virginia and Division III Ferrum College.

Garrett graduated with a B.S. in Health Sciences from Marymount University in 2015. While at Marymount, he captained the Men’s Lacrosse team to the ECAC Championship with the best record the school has had in more than 20 years. He earned multiple all conference accolades in his time at Marymount while becoming the all-time leader in assists in a single season. He has coached multiple sports including Lacrosse, Baseball, Football, Hockey, Swimming, Cross Country and Track.

Rob graduated from Shenandoah University as a four year letterman in baseball. While at Shenandoah, he played as an outfielder and catcher. In 2015, as a junior, he helped his team capture Shenandoah’s first ever ODAC Championship. Rob graduated with a Bachelor’s Degree in Exercise Science. Prior to college, Rob attended Huntingtown High School where he was a dual-sport varsity letter recipient in both baseball and football. As a football captain at Huntingtown, he led his team to a state semi-final appearance. Rob has worked with athletes of all ages and looks to continue his career in the development of youth athletes in all sports.

Calvin Baxter is RedLine Springfield’s baseball hitting coach. Calvin was hand-picked by the great hitting coach, Chuck Hoyle, to continue his proven style of hitting instruction when Chuck retired in June of 2016. Calvin has given private lessons and clinics with Chuck Hoyle for over six years. He has worked with players from Little League through the collegiate level to improve performance. When working under former professional player Will Rhymes during the fall and winter of 2010, Calvin focused on hitting mechanics and developing consistently powerful swings. Will Rhymes has played for the Tigers and the Nationals and currently serves as a scout for the LA Dodgers. Calvin has also given lessons to Ian Rice, who was selected by the Cubs organization in 2015. Currently Rice leads his Professional single A league in slugging percentage and OPS and is currently second in his league with 9 homeruns in only 124 at-bats. A native of northern Virginia, Calvin attended Flint Hill School in Oakton and has recently graduated from Gettysburg College.

Leo graduated from Riverbend High School in 2012, earning multiple honors including an advanced degree. At George Mason University, Leo led the soccer team to the A-10 championship in 2013 and enjoyed strong ranked (NCAA D1) seasons before earning his bachelor’s degree in Kinesiology.

Brent is a senior at Randolph-Macon College. Brent is on the baseball team and is studying Business Administration. Brent helped the Jackets become back to back ODAC regular season champions for the first time in school history. Brent was also a part of a South Region Championship and Division 3 college world series in 2018. Brent enjoys teaching the game to others and helping others to get better. He has been playing baseball since he was 4. Brent has experience coaching many sports including Baseball, Basketball and Football.

Tristan Walker played for John Wesley University in the Division 1 NCAA for three years winning the Sportsmanship award his sophomore year and the top male student athlete his junior year. He also played for the Baltimore Kings U-23 team. Most recently, he took a step away from playing to focus on coaching the Men’s and Women’s Goalkeepers at Piedmont International University. While playing for the Men’s team, he coached the Goalkeepers on the Women’s team his sophomore and junior year all while winning a D1 South Regional Championship.

Hank Biggs comes to Redline after playing four years of Varsity Baseball at the University of Mary Washington. During his sophomore year, he struck out 10 batters in a row completing the 7 innings with 15 strike outs. In his senior year, Hank earned 2nd team All-CAC and 3rd team All-South Region for pitching. During that year, he pitched 3 consecutive complete games and threw the third most divisional innings of 100.1 for the year.

DeAndre Pitts grew up in Raleigh, NC. DeAndre attended the University of North Carolina at Pembroke where he graduated with a Bachelor’s in Exercise Physiology. At UNCP, he was a prominent athlete dominating in both track and football. When his 4 years ended at UNCP, he moved to Fairfax VA in pursuit of a career specializing in youth training. He is very excited to see what the Redline athletes have in store for him. He is dedicated to the development and perseverance of young athletes. He believes in going all out and being bold.

Maria Ciola is a grew up in Fairfax, VA. She played 4 years intercollegiate Volleyball at Franciscan University of Steubenville, OH, and graduated with a Communications, Multimedia degree and an Exercise Science Minor. Maria turned down an offer to play at the Division I level to attend Franciscan, and while there she broke several school records (including her own for all time kills per game at 28) and earned AMCC First Team All-Conference awards 3 straight years, as well as AMCC Player of the week back-to-back in her final season. Maria is passionate and competitive, and moved back to VA to pursue a career in sports performance training, inspired her to earn the NASM certification and help youth and adults alike as a personal trainer and sports performance specialist. She believes in being who you were meant to be and strives to help others see the potential in themselves through fitness training.