Save time and avoid waiting by printing & filling out the 3 forms ahead of time. Bring these with you when you visit us:

Save time and avoid waiting by printing & filling out the 3 forms ahead of time. Bring these with you when you visit us:

For Holiday and other special hours, please refer to our Facebook page.  Available for rental after 1pm on Saturdays and full days on Sunday, please contact us for details, [email protected].

Dan was born and raised in Flint, where he participated in basketball, baseball, and soccer in middle and high school. In 2015 he graduated from Grand Valley State University with a Bachelors degree in Exercise Science. He is a Certified Strength and Conditioning Specialist through the NSCA and working towards his Masters in Applied Exercise Science. In 2015, he completed a year long fieldwork and internship with Barwis Methods. During his time with Barwis Methods he worked exclusively with middle and high school athletes at East Grand Rapids High School. Sports he worked with during this time included basketball, baseball, football, hockey, soccer, lacrosse, track, field hockey, and cross country. Prior to the 2014 and 2015 NHL seasons, he volunteered through GVSU with the Detroit Red Wings during their preseason prospect camp in Traverse City, MI. During these brief stints he helped administer speed and agility, power, flexibility, and movement screenings to evaluate players off season progress. In 2017, Dan worked for the Tampa Bay Rays professional baseball organization serving as an Assistant Strength and Conditioning Coach. During his time in Florida he worked with players in extended spring training, helping to program all aspects of their strength and conditioning program as well as coordinating workout schedules based on the players work loads. He was then assigned to the teams Appalachian League team, the Princeton Rays, where he assisted in sports science measurements, coordinating workout schedules, and all aspects of strength and conditioning for the team. From 2016 to 2018, he worked as a Strength and Conditioning and Sports Performance Coach with First Class Athletics in Flint, MI. In his role he assisted in coaching athletes from ages 10-18 through calisthenics, speed, agility, power, and coordination workouts. He also served as a coach during co-ed boot camp classes where he helped program and coach clients of all ages. Dan’s professional interests include injury prevention, optimal nutrition for performance, shoulder and elbow health in overhead athletes, and strength and conditioning. Outside of the gym Dan enjoys spending time with his family and young son, good food, and watching any sport.

Sam was born and raised in downriver Michigan. As a kid she tried many different sports, including soccer, gymnastics, basketball, softball, and hockey. She has always loved sports and being active. Sam attended Allen Park High School where she played two years of Varsity softball, while also playing travel softball and AAA Hockey. She played travel softball for 10 years and played hockey for 19 years. In her senior year she was recruited to play college hockey at the State University New York Cortland. While at Cortland Sam was named second team all-conference for the NEWHL in her Junior year and advanced to conference finals for the first time in program history in her senior year. She spent her senior year interning in the strength and conditioning department where she got to work with all the different varsity teams Cortland has and learned from the head conditioning coaches. Sam graduated in 2019 with a B.S. in Exercise science. She is excited to help young athletes learn and develop into the best athletes they can be!

Michael Hundley was born in Detroit, Michigan and raised in Farmington Hills. Attended renaissance high school where he played Varsity Basketball and ran cross country for one year. Michael graduated in 2011 where he attended The Citadel in Charleston South Carolina on a division one athletic scholarship for basketball. After two years Michael transferred to Ashland University on a division two basketball scholarship. Michael had lots of success at Ashland in his three years there. From wining conference championships to the NCAA tournament and individual success too with all defensive of team and leader in block shots. In December 2015 Michael graduated with a degree in business management and minor in sports management. After college Michael continued his basketball career professionally playing overseas in Australia and Albania. Aside from basketball Michael often works with after school programs and non profit organizations in helping kids stay active with sports and exercise. 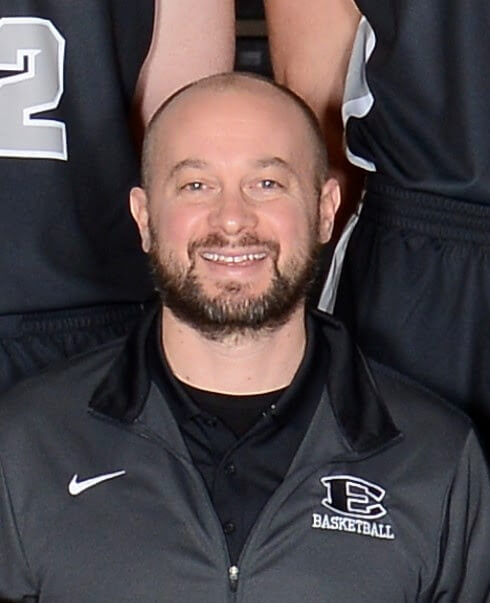 Ron grew up in West Bloomfield playing baseball, basketball and soccer as a youngster. In high school he fell in love with basketball and concentrated his efforts there playing 4 years of high school basketball at West Bloomfield High School leading the team to a District Championship his Senior year. Ron was a starter and team captain in his 1 season at Oakland Community College. Ron has coached at various high schools across Metro Detroit over the past 15 years. Currently Ron is the boys varsity basketball coach at South Lyon East High School leading the team to a school record 15 wins this season and a berth in the district championship game before the MHSAA state tournament was canceled due to the Covid 19 outbreak. Ron has a love for sports and a passion
for helping young people work towards achieving their athletic goals.