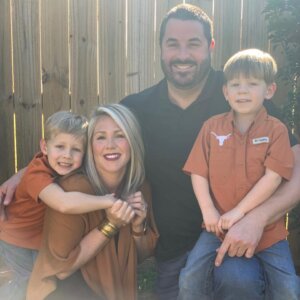 Justin and Kristan Sandel began the journey to open RedLine Athletics to give back to their community because of their passion for children and sports.

Justin graduated from the University of Texas at Austin in 2005 with a Bachelors in Business Administration and a minor in finance. As a former high school football and baseball player, Justin understands the value in a program such as RedLine Athletics.

Kristan graduated from the University of Texas at Austin in 2006 with a Bachelor’s of Science in Applied learning and Development, and then obtained a Master’s Degree in Educational Leadership from the University of Concordia in 2010. Kristan’s many years of experience in education drives her enthusiasm for young athletes to understand core values and grit.

Together, Justin and Kristan have three young boys, Austin, Lincoln, and Easton that are the center of their world.

The Sandels hope and vision for RedLine Athletics- Webster is to shape the minds and bodies of young athletes who become “family” through his program. The dream is to not only enhance athleticism, but to also build the character of our youth. Justin and Kristan feel overwhelming blessed to have the opportunity to influence our athletes lives in a positive way.

Austin Bennett is a young, energetic coach and mentor. Austin has a lot of experience dealing with college athletes and youth athletes. Austin has been involved with sports training and development for over 3 years and plans to improve the next generation of great student athletes. A native of Houston, Texas, Bennett graduated from Manvel high school. while balancing track and football Bennett earned a scholarship to the University of Oklahoma. Apart of the Sooners football program Bennett earned 2 varsity letters and played in the Russell Athletic Bowl and the 2014 All-State Sugar bowl game. Bennett then took his career to Henderson state University where he was honored GAC player of the week. Bennett graduated with a bachelor’s degree of Integrated Studies from Henderson State in December, 2017. After graduating, Bennett coached football in Coffeyville Kansas where he graduated and developed 4 division 1 athletes within a matter of 7 months. Coach Bennett also volunteers at Pearland little league baseball with kids ranging from 5-16.

Nikki McKenzie was a former gymnast and track and field athlete. She was a jumper and sprinter at the University of Dubuque where she still holds the school records for the long and triple jump. Throughout her time at UD she won five conference titles and was a 2014 NCAA national qualifier in the triple jump. After completing her track career, she became the Assistant Track and Field Coach at Loras College. After her stint at Loras Nikki spent time at the University of Houston assisting with strength and conditioning sessions for baseball, softball, tennis, track, soccer, swimming, and diving. She has over 5 years of experience training amateur, collegiate, and professional athletes.

Nikki received her bachelor’s degree in Exercise Science and Business Administration from the University of Dubuque. She continued her education at the University of Houston Clear Lake where she obtained a Master’s degree in Exercise Science. She is a certified strength and conditioning specialist through the National Strength and Conditioning Association. Nikki is also a certified USA Weightlifting Performance Coach. Nikki joins our team with the mission to help every athlete reach their maximum potential. 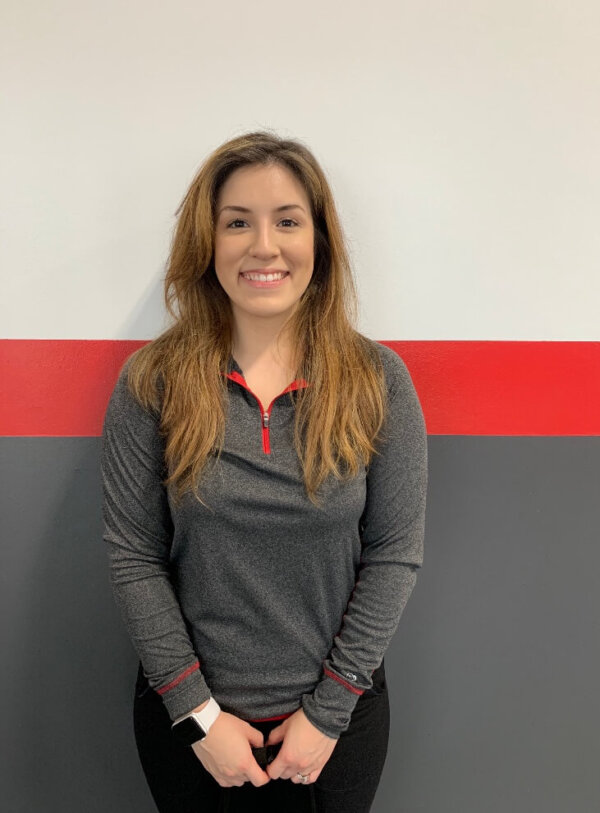 Coach Michelle Lopez is a volleyball coach and instructor here in League City. Her specialties include strength, speed and agility training. She received her Bachelors of Science degree from Midwestern State University where she majored in Exercise Physiology and minored in Biology.  While earning her undergraduate degree, Coach Lopez spent time conducting research with numerous athletes, training them for the next level and recording their progression in areas such as strength development, jump training, and body weight management. She has four amazing years of experience as a Peer Volleyball Coach in Women’s and Co-Ed volleyball. She earned one-year experience as an assistant volleyball coach at a local competitive volleyball club and led other local clubs as the Head Coach for the past two years. She has trained and worked with kids of all ages and abilities. Coach Lopez holds many skill development camps and one-on-one’s. She looks forward to helping the athletes at Redline Athletics make it to the next level! 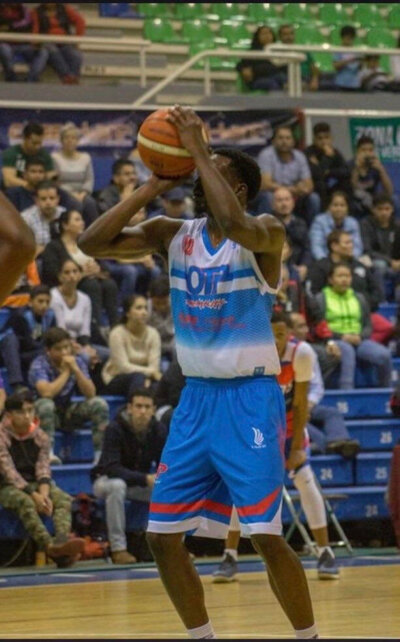 Coach Drake Green was born and raised in the Clear Lake area and graduated from Clear Lake High School where he played 2 seasons of varsity basketball for Tommy Penders. Following High School, Coach Green received a full scholarship to play basketball for the Abilene Christian University Wildcats (2014-2018). Coach Green appeared in 28 out of 31 games as a true freshman. In seasons following, Green appeared in every single game. As a junior, Coach finished #15 in the Southland Conference for 3-pointers and shot 40.4% from behind the arc. As a team captain In the 2017-2018 season, Coach Drake Green led his team to its first appearance in postseason play in the Division-1 era. After Coach Green’s collegiate career, he continued his basketball journey to Xalapa, Mexico for a Pro-Tour. Coach Green finished the championship game with 25 points, 7 rebounds, and 1 assist. 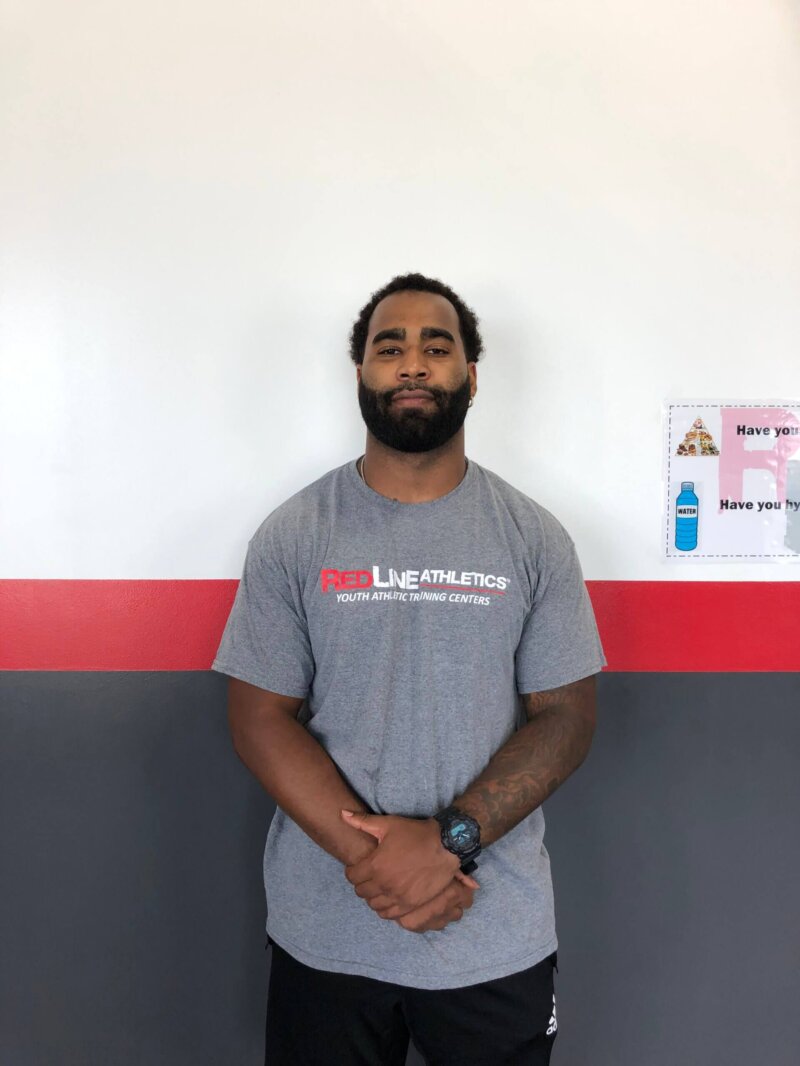 Cameron Sonnier is originally from Baton Rouge, Louisiana although he spent his high school years playing at football at Clear Brook High School. Sonnier is a former collegiate football player. He attended Henderson State University in Arkadelphia, Arkansas from 2014-2018. During his campaign he was selected for the D2CCA All-Region team, Sonnier earned First-Team & Second Team All-GAC honors during his time at Henderson. He was also awarded MVP of Little Rock Touchdown club in 2016. Cameron graduated on December 12, 2018 where
he received his Bachelors degree in Criminal Justice. 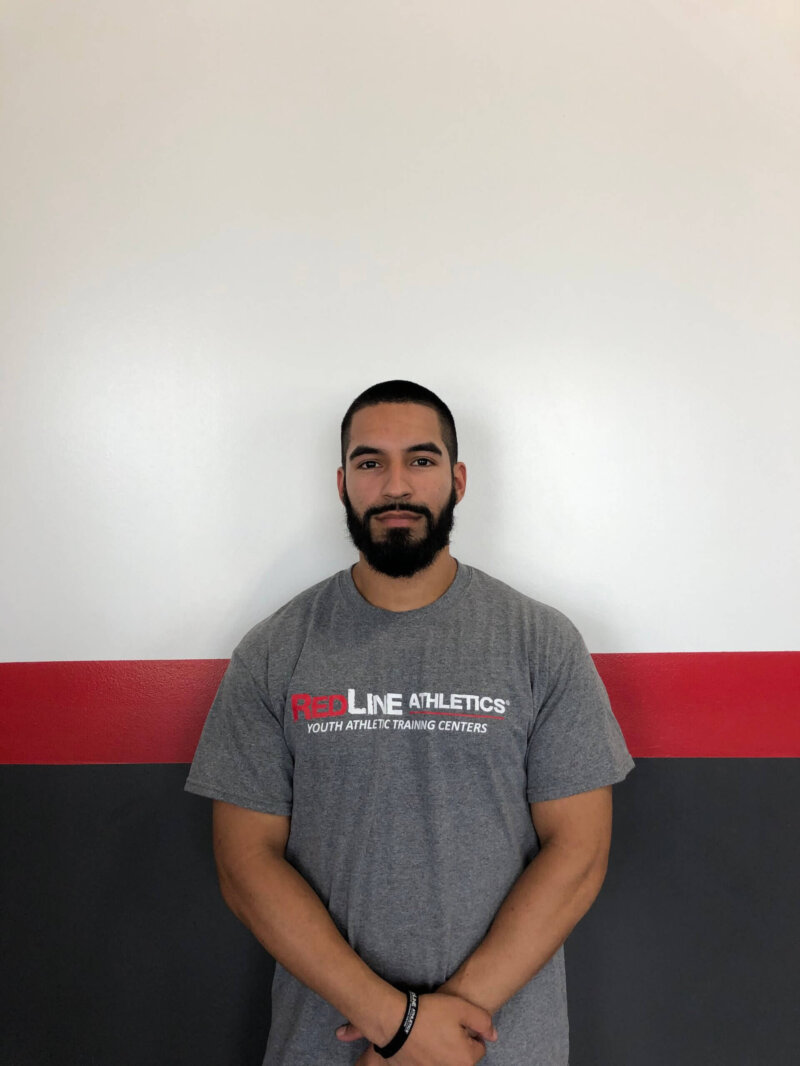 As a native of La Porte, Texas, David Terrebonne graduated from La Porte High School in 2015. His accolades include All- Time leading wide receiver in La Porte history with 99 catches, 1049 yards, 11 touchdowns, and All- District wide receiver in 2013-14. In track, he was a two-time regional qualifier for the 4 x 400 relay, and regional qualifier for 400 meter run in 2014-2015.

David earned a scholarship to Henderson State University as a wide receiver and special team’s player. His accolades include:

He graduated with a Bachelor’s of science degree in Human and Health performance from Henderson State in December 2019.

David Terrebonne is a motivated, enthusiastic, and optimistic coach who is dedicated to making a positive impact in the lives of all athletes.