I was born and raised in Northwest Indiana in a small town by the name of Crown Point. I played three sports growing up including softball, basketball, and soccer. I played competitive soccer until it started interfering with my main focus which was softball. I played basketball until my sophomore year of high school. Softball always took precedence over the other sports, so eventually I became a one sport athlete, and I wouldn’t have had it any other way. I grew up playing on elite travel softball teams which prepared me for college softball. I committed to Tiffin University, a Division II softball program, and there I played my final four years of softball. In the summer of my junior year, I traveled out of the country to Aruba to play for the United States of America Athletes International team. I spent the week there playing games against different countries including Aruba and the Dominican Republic. After that summer series, I returned to Tiffin and played my final season of fast pitch softball. I graduated from Crown Point High School with honors, and I graduated cum-laude from Tiffin University. I majored in Exercise Science and minored in sports management. If you stay humble and work hard, any goal is attainable!

Chase was born in Des Moines, Iowa where he lived for most of my life. After graduating from Norwalk High School in 2013, where he played football and ran track all four years, he went on to college to play receiver at Iowa State University for two years. After deciding Iowa State was not where he wanted to continue playing football, he transferred to Southwest Minnesota State University to finish his playing career. During his time at Southwest Minnesota State he also interned as an assistant strength and conditioning coach for the football program. After Graduating SMSU, Chase completed an internship with EXOS in San Diego, California, where he worked with numerous professional, DI, and DII athletes. Chase spent countless hours of time in the classroom and on the floor learning from and observing some of the best coaches in the nation. On top of his time working with the elite level athletes at EXOS, Chase also spent a large amount of my time working with some of San Diego’s youth football programs and a wide array of other youth and high school athletes. At the end of his internship, Chase moved back home to Iowa to save some money and study for my CSCS in hopes of finding a job in Colorado. Chase is excited about the opportunity to work with each and every one of the athletes at RedLine Athletics, and is dedicated to improving himself as a coach and mentor for the youth athletes in the Longmont area.

I was born and raised here in Colorado. Been playing baseball ever since I could pick up a bat. The position I instinctively chose to play since t-ball was 2nd base, and that stuck with me through my entire baseball career. Attended Greeley West High School where I was a 3 year letterman. Went on to play two years of college baseball after graduating high school. My first year I attended the University of the Southwest and then decided to transfer my second year to Allan Hancock College in Santa Maria, CA. Currently I am attending CSU, where I plan on switching my major to Health and Exercise Science next fall.
Now that I no longer play myself, I wish to pass on my knowledge I’ve learned over the years to all the young athletes who desire to go onto the next level as well.

Tanner Duggan began playing lacrosse at the age of six and kept on playing for fifteen years. Along with being a player, he began as a coach for summer camps at URI and JV lacrosse in the spring of 2013 at South Kingstown High School. In the fall of 2013, Tanner moved to Colorado where he earned his Degree in Sports Coaching at the University of Northern Colorado. Tanner was among the first to earn a degree in Sports Coaching from The University of Colorado. With a lifelong tie to lacrosse, his academic knowledge of coaching, this new coach has a fresh perspective from just coming off of the field and a lot to offer the next generation of players. In college he specialized in attack and face-offs before hanging up his pads for a whistle. Tanner Duggan began his career as an Assistant Coach for the CSU Men’s Lacrosse team in 2017 after interning with the team. Through CSU Tanner has also had the opportunity to coach in their youth summer camps for the northern Colorado region.

Tanner Duggan currently lives in Loveland, Colorado with his wife Morgan and their two young cats BabaDook and BabaVanga.

I was born and raised here in Colorado. Growing up I played soccer, basketball, and was a dancer. I attended Mead High School where I played four years of varsity soccer. I also played basketball for a year and ran cross country for two years. I attended Hastings College in Hastings, Nebraska and graduated in May 2019. There I played four years of soccer and contributed to four National Tournament appearances, three GPAC Regular Season Champion titles, and two GPAC Tournament Championships. While at Hastings, I studied Exercise Science with minors in Psychology and Strength and Conditioning.

I look forward to helping athletes grow in their sport and as individuals! 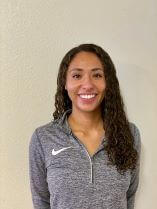 Piper has spent most of her life in Colorado. She specializes in volleyball but has spent her whole life around sports, also playing soccer, baseball, softball, basketball, and others. Piper was a three year varsity volleyball player at Legend High School. In 2016, at Legend High School, she was ranked number 1 in the state of Colorado for 5a and she was the starting setter. Piper was ranked one of the top 10 ten setters in the state. She was awarded multiple “Player of the Game” awards and was selected to the All Tournament Team. Piper loved playing club volleyball as well and played on various 1’s teams from 7th – 12th grade. Piper continued her love for volleyball collegiality at Trinity International University where she led the team in assists. After many injuries, Piper decided to come back to Colorado and currently attends the University of Northern Colorado. She continues to love the game and plays on the UNC club team as its setter. Piper has also helped coach a volleyball camp and coached a 3rd and 4th grade recreation team.