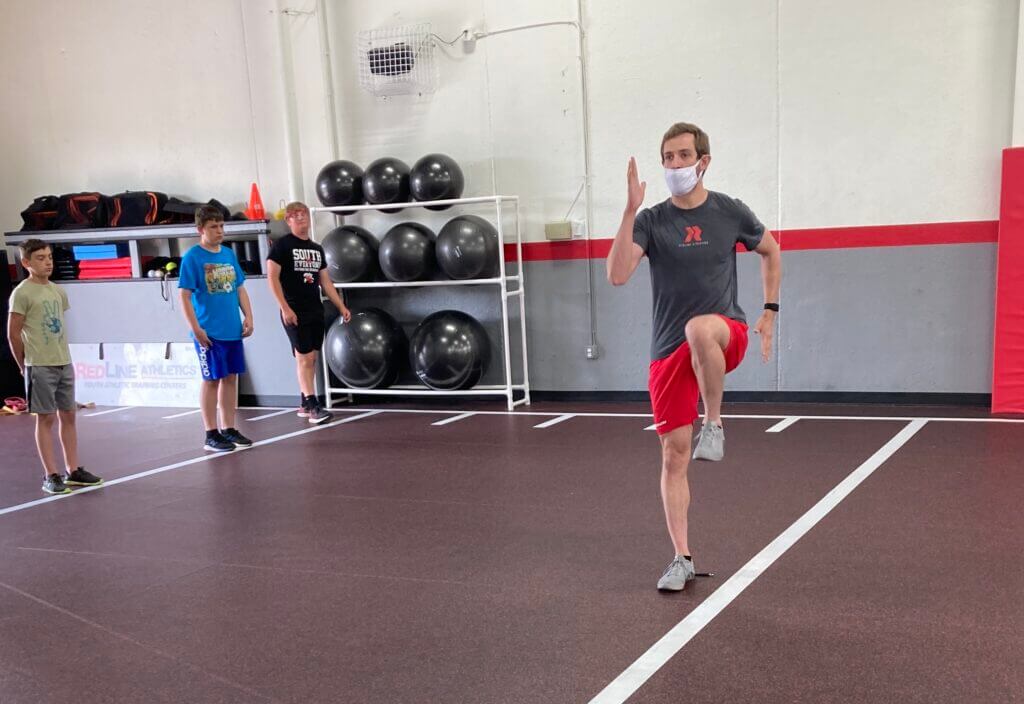 For many young athletes, as they develop and become more proficient in their chosen sport, getting faster becomes a huge focus in their training. They want to improve their speed so they can compete at a higher level. At Redline, we specialize in sports performance training for young athletes, helping them improve their speed and agility, strength and power, and become better athletes. To answer the question of getting faster, let’s look at a 4-step progression to increasing speed.

Speed is Built on Strength

The first step to improving muscular firing patterns and force that translates into speed is building lower body strength. We focus on developing strength in the quads, hamstrings, and glutes through a variety of age- and ability-appropriate exercises. Building strength, particularly in the legs and glutes, allows for explosive speed and power while running.

Once the foundation of strength has been built, our goal is to cover more distance at the same rate of speed. Our muscles take approximately 0.3 seconds to contract. In order to build speed, we need to increase force during that time of contraction. This is where we train to move weight quickly and leverage the massive amounts of force generated through the hip, knee, and ankle joints. For younger athletes, that includes medicine ball drills, drop jumps, and box jumps to work on explosive movement throughout the lower body. For older athletes, the focus is on technique lifting to build strength purposefully and powerfully.

After mastering strength and power, technique comes into play as we begin to refine movement. Our speed training focuses on building as much strength as possible while moving in a singular direction. We do this through speed progression training, helping athletes build from marching to skipping to sprinting while focusing on good joint angles. During this stage, we want to ensure all force is going down and back into the ground to create greater power. 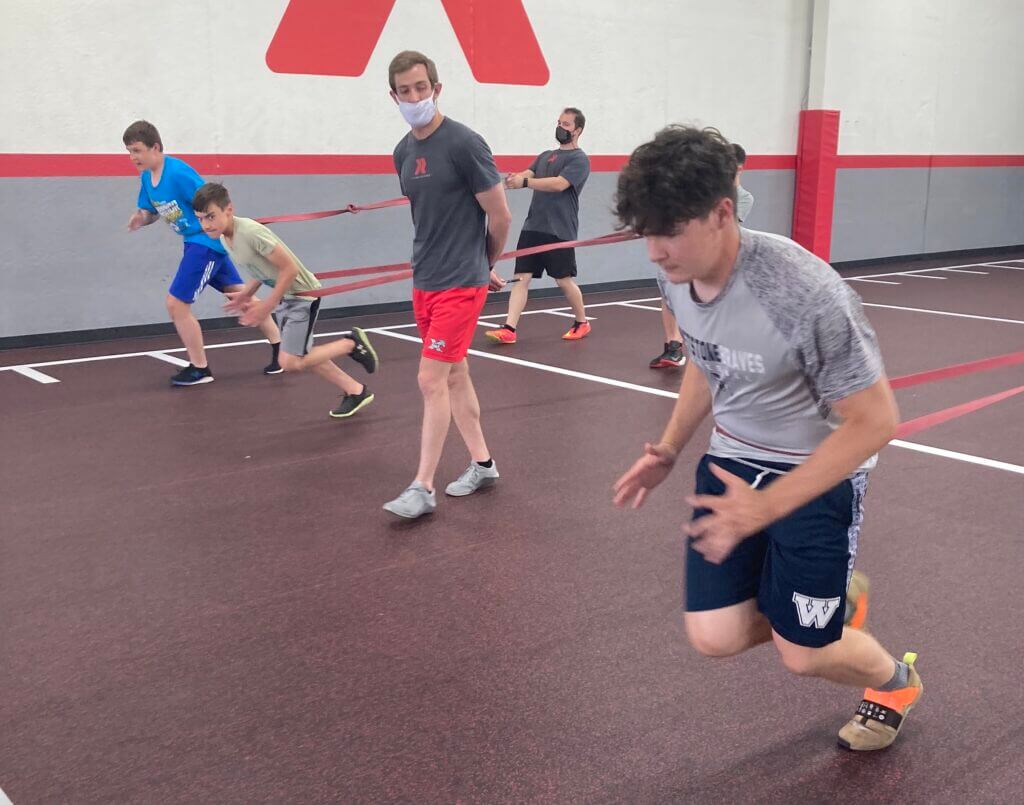 Creating force through a full range of motion is absolutely essential and is too often overlooked. Mobility training allows us to utilize the force we’ve built to not only move in one direction but to move efficiently and safely in any direction. Aligned joints, particularly in the hips, knees, and ankles, are critical to injury prevention and generating the force necessary to build optimum speed and power to move forward, backward, and laterally.

Getting faster isn’t a one-and-done training exercise – it’s not a 3-day juice cleanse! To do it safely requires an intentional training progression that builds strength and power through motion. At Redline, this is what we’re all about.  We help young athletes train in a way that teaches them proper and efficient movement so they can have huge success and stay healthy along the way.

Coach Derek is a Columbus, Ohio native experienced in multiple sports, including football, soccer, and track and field. During his bachelor’s degree in Exercise Science from Youngstown State University, Derek had the opportunity to serve as an Undergraduate Intern for the football, tennis, and softball teams. After graduating, Derek went on to earn a Master’s in Strength and Conditioning. Working as the Graduate Assistant at LaGrange College, he served as the Head Strength and Conditioning Coach for the Men’s Soccer and Women’s Volleyball teams. As an NSCA Certified Strength and Conditioning Specialist (CSCS), Coach Derek uses his knowledge and expertise to take Redline athletes to the next level!